Water is Everywhere in Space

You might think that water is scarce in space. Well, guess what? There is ample water in the area. Asteroids and Comets have water as a standard component in them. In addition, space scientists found ice on the craters of Mercury and the Moon. NASA scientists feel that Europa, Jupiter’s moon, has liquid water below its frozen surface. Although the size of Europa is much smaller than Earth, it might harbour a deep ocean in it.

Uranus tilts on its side!

As per NASA, Uranus rotates on its sides. As a result, it turns 90 degrees sideways compared to other planets. As a result, the sun shines directly on the Earth’s north and south poles. It means that half of Uranus does not see the sun for almost twenty years! One believes that Uranus went through a massive collision leading to such exciting changes.

No beautiful orange sunsets for Mars

According to Mars Rover’s first colour photograph in 2015, the sunset on Mars appears blue. NASA says that the reason for this is that the dust consists of fine particles in the Martian atmosphere that allow blue light to penetrate easily compared to other more extended wavelength colours like yellow, orange, and red.

Space is full of Space Trash.

Space is full of rocket parts, dead satellites, and other related junk that orbits the Earth ten times more rapidly than an effective bullet. It can be hazardous as a collision can cause other objects to collide. Even space travelling can get tricky because of the mist of trash rotating around the Earth. The Hollywood hit “Gravity,” starring George Clooney and Sandra Bullock, is based on this issue.

Gone in 15 seconds without a spacesuit

Space is devoid of pressure causing the air to expand. As a result, your lung will grow and tear through the tissues. It will eventually cause your body to use up all the oxygen in merely 15 seconds, making wearing a spacesuit a must in space. Other than this, it can also cause boiling of blood, loss of bowel control, and exploding capillaries. 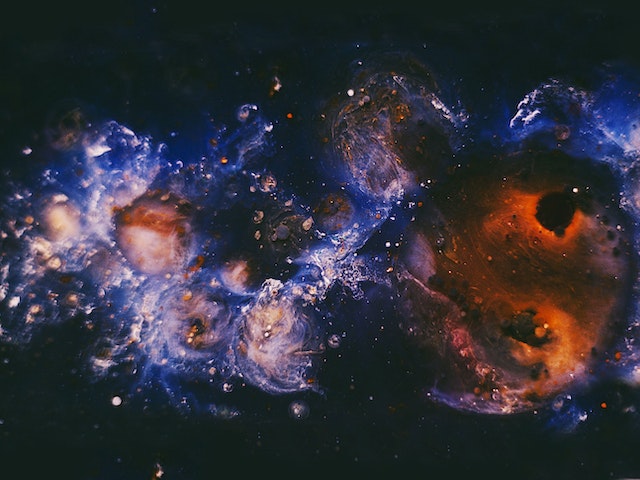 Sun is a massive ball of fire, and stars are everywhere in the night sky. So then, why does space appear black? The universe is continuously expanding. It isn’t fixed or perpetual. There is a continuous evolution happening, a forever rhythmic movement causing the stars to move, which is why we do not see them continuously.

Space is a mystery and an ever-evolving science that attracts people of all ages. One can only dive in for interesting facts about the cosmic details of space.